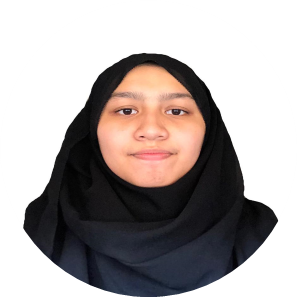 CONSTITUTIONALITY OF THE EMERGENCY DECLARATION IN A PANDEMIC

To better understand the issue behind the constitutionality of the said declaration, it is crucial for us to fully grasp the idea and dynamics behind the declaration of emergency. Undoubtedly, the life of a nation is not always rainbows and sunshine and there are times where the nation may face emergencies resulting from external aggression by a foreign country or even an economic collapse. Regardless of the cause, nations are expected to always be on their toes and be prepared for such times of crisis. This is why most modern constitutions contain emergency provisions as a way to cope during those challenging times. A declaration of emergency leads to two things happening, namely, the diminishing of fundamental rights of the people and the government being vested with broader power.  The government is granted the rights to act with greater powers than usual aiming to protect the nation even when it means resorting to drastic measures. Having said that, it is clear that these powers are open to abuse.

In Malaysia, Article 150 of the Federal Constitution (FC) provides for an elaborate and drastic emergency provision. A state of emergency’ does not particularly carry any definite meaning. On the surface, it is a situation that calls for drastic actions and cannot be subjected to unlawful use or threat of force in any of its manifestations. This was highlighted in the case of Stephen Kalong Ningkan v Government of Malaysia. The court further held that the word “emergency”, in its natural meaning, is capable of encompassing a wide range of situations, namely, wars, famines, earthquakes, floods, epidemics and collapse of civil government. It is safe to say that a proclamation of emergency, to an extent, invalidates constitutionalism, federalism, fundamental rights and judicial review. In essence, the issuance of an emergency proclamation is made by the Yang di-Pertuan Agong and not the Parliament. The Federal Constitution provides that the Yang di-Pertuan Agong is responsible for summoning the Parliament in circumstances where the Parliament is not sitting as soon as possible and the proclamation of emergency needs to be laid out before both Houses. This clearly shows that symbolically, the Executive is accountable to the Parliament and is indirectly the person in charge. Article 150(6) and (8) of FC has effectively removed the court’s supervisory role in regards to matters related to emergency which eventually led to the Executive, where in this case, is the Yang di-Pertuan Agong, to be empowered to make ordinances regulations, which may be inconsistent with any provision of the Constitution. Hence, it is clear that during an emergency the Constitution is no longer supreme.

Since 31 August 1957, our nation has had several occasions where emergencies were declared. The first emergency was declared on 4 September 1964 due to the Indonesian confrontation on the issue of the states of Sabah and Sarawak joining the Malaysian Federation. An emergency was again declared roughly two years later to deal with the political crisis in Sarawak. The third emergency was declared on 15 May 1969 throughout Malaysia because of racial riots and the fourth proclamation of emergency was in 1977 in which emergency was proclaimed in Kelantan to meet the political crisis in the state. Both the 1966 and 1977 emergencies were short term emergencies in which both were eventually revoked once the crises were settled. The Federal Government passed the 1966 Act to grant the Governor of Sarawak more powers, including the power to dismiss the Chief Minister if a resolution of no confidence is passed in any meeting of the Council Negri. The 1977 Act was then passed to empower the Prime Minister, through a federal officer, to execute all executive authority or power vested in the Menteri Besar and the Executive Council as provided in the Kelantan State Constitution. The passing of these two Acts exhibit that Article 150 of the FC  confers wide powers to the Parliament during times of emergencies. A jarring example would be how Article 150 justifies the Executive’s intervention in a State in resolving political disputes within a State. To add on the list is the recent emergency proclamation made on 12 January 2021 on the grounds of curbing the Covid-19 pandemic.

the availability of Article 150 should not be taken advantage by the Federal Government and only be used in emergency situations or in cases affecting national security. Having said that, we cannot deny the fact that this pandemic, to an extent, has affected national security and have arguably rendered the  proclamation constitutional. It can be assumed  that the rationale behind this declaration is to ensure  uniformity and efficacy in the policy making process  and  compliance at all levels. The declaration is believed to enable the Federal Government to secure a uniform law and lay down standards which will be applicable throughout the Federation without the interference of State laws. Although the Federal has the rights to do so, it is important to also recognise that public health and security problems are local in nature and it is only reasonable that the State and local authorities be allowed to act on its discretion. The States are in the best position to provide details which suits the best interest of their people. That way, the applicability of Federal laws will not operate arbitrarily and will help cater to the people’s needs without sacrificing local variations. That is to say, Article 150 should not be abused by the Federal Government and instead be used to facilitate cooperation between local governments and the Federal to effectively deal with the immense task of fighting this global pandemic. On the flip side, it is also safe to assume that the declaration of emergency was a political ploy of the current government to remain in power.  With the withdrawal of support by UMNO and their threats to sever ties with Bersatu, our current Prime Minister appears to be shaken since this withdrawal would ultimately lead him to being cut off. If he loses the support of the parliamentary majority, then his government will no longer stand. Despite having publicly guaranteed that there will be no interference with the judiciary, it is still a concern since the principle is that any future ordinances issued during an emergency cannot be challenged in courts. This leaves the current government with inadequate check and balance.

All in all, it is clear that the declaration in itself is constitutional and justified. In combating this global pandemic, it is important for the government to make sure the policies enacted during this time of emergency be fully utilized for the best interest of the people and not used as a political ploy to garner more power and influence. The question whether or not the proclaimed emergency was necessary really depends on how the government would act moving forward. Containing the numbers of infected cases and flattening the curve should be the government’s priority. Efforts to balance the economic and social development should be multiplied and prioritized. In short, it is vital for us, in at this trying time, to put our differences aside and work together for the betterment of our nation.

5. Federal-State Relations in Malaysia Amidst a Pandemic [2020] 4 MLJ xxxv