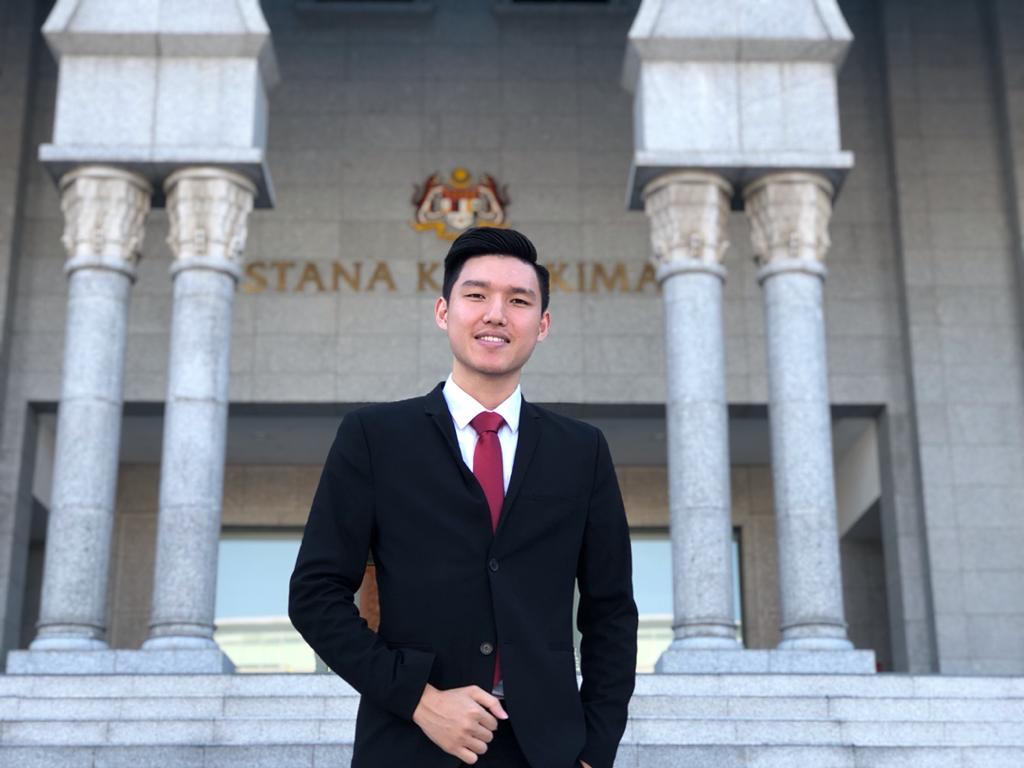 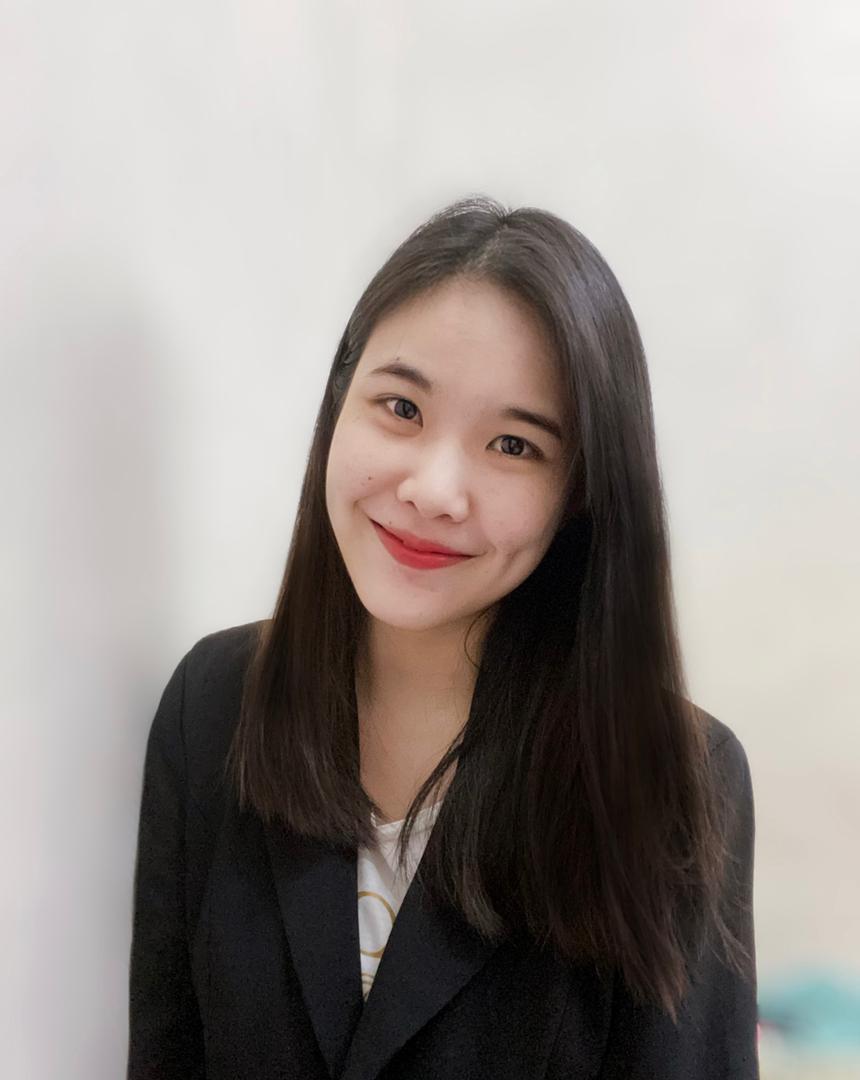 Shariah law is a religious law that can be understood as God’s command and will. It lays down the governing rules and principles that shall be obeyed by Muslims in regards to their personal, family, inheritance and succession laws.

It is also noteworthy that Article 160 of the Federal Constitution has never recognised the “Shariah law” as a written law in Malaysia. The application and jurisdiction of Shariah law do not extend to the Federal level and most importantly, Shariah Law stands no binding effect on non-Muslims. Nevertheless, Shariah law has still been implemented through some State laws but is restricted to Muslim personal laws and other Islamic laws which relating to betrothal, marriage, inheritance, apostasy and divorce.

Prior to the amendment of Article 121 of the Federal Constitution, the civil courts could be regarded as the superior courts in the federation that enjoy a wide jurisdiction over all the matters including matters relating to  Shariah laws. An example could be seen in the notable case of Myriam v Mohamed Ariff where the High Court had interfered in the case concerning the granting of Muslim child custody.

Generally, the jurisdiction of the Shariah Courts can only be exclusively exercised over the Muslims for the matters which are concerning Muslims personal laws including Islamic law of succession, marriage, and divorce in accordance with  Article 74 (2) and List II of the Ninth Schedule of the Federal Constitution. Recently, the court in the case of Rosliza Ibrahim ruled that the Shariah Courts may only exercise its jurisdiction over a person on two conditions; first, both parties must be Muslims, and second, the subject matter shall fall within Item 1 of the State List.

Although the amendment had lessened some clash of jurisdiction between the civil and Shariah laws, there are still unsettled issues as to which jurisdiction they shall belong to.

3.1 Unilateral Conversion of a non-Muslim Spouse

In practice, the jurisdiction prevailing on the unilateral conversion of a spouse to Islam is still very much a grey area. The law governing non-Muslim marriages in Malaysia is the Law Reform (Marriage and Divorce) Act 1976 (LRA) whereas the Muslim marriages are governed by their respective Islamic family laws and principle. Commonly, the conflict starts to arise when the converting spouse has immediately applied to a dissolution of marriage and a claim to fight over the custody of his child before the Shariah Courts. At the same time, the non-converting spouse will also file another custody application at the High Court. The question to be determined is which court shall have the jurisdiction to hear such an application?

Section 51 of LRA 1976 provides that the non-converting spouse shall present the petition for divorce within three months from the date of the conversion otherwise the courts will not entertain any applications which happened in the case of Subashini. In this case, the Federal Court held that the High Court would have the jurisdiction to hear the application for custody and ancillary reliefs despite the respondent had converted to Islam and commenced the proceedings in the Shariah Courts. This decision was challenged as they argued that the High Court has intervened in the proceedings of Shariah Courts and usurped the application of the Shariah laws but all these arguments have fallen on deaf ears.

As mentioned earlier, any orders made by the Shariah Courts are not binding on the non-converting spouse. This can be seen in the case of Shamala where the non-Muslim wife applied to the High Court for the custody of her children who are Muslims. Meanwhile, the Muslim husband has been granted a custody order by the Shariah Courts but the High Court reversed the Shariah Court’s decision by holding that that decision was not binding on the Muslim wife as she was a Hindu, and the interest and welfare instead of the religion of the children should be the paramount consideration. Eventually, the custody of the children was granted to the non-Muslim mother. Undeniably, the civil court has been repeatedly interfering with the jurisdiction given to the Shariah Courts and it is observed that the religion of the party and the child may not be the sole consideration to define the power of the Shariah law even though it has been provided under the Federal Constitution.

3.2 Claims on Inherited Property in case of Conversion to Islam

It is unequivocal that in Malaysia, non-Muslims and Muslims are governed by their respective laws of succession and inheritance. The laws of testament and intestacy of non-Muslims are mainly governed by the Wills Act 1950 and Distribution Act 1958. Similarly, the Muslims’ laws of testacy and intestacy are under the power of their respective Islamic inheritance and succession laws such as Faraid Law and principles.

If there is a unilateral conversion by a spouse, the rights of legal heirs, as well as the division of the immovable properties, will greatly be impacted by the reason that non-Muslim legal heirs have no right to inherit from a Muslim deceased. This impediment has been evidenced in some landmark cases such as Re Timahand Majlis Agama Islam Wilayah Persekutuan which have suggested that “non-Muslims are excluded from the estate of a Muslim”.

Most of the case laws have stood in favour of the non-interference rule in upholding the status of the Shariah law whenever there are disputes which are involving a non-Muslim disputing a claim on a Muslim deceased’s property. A recent case of Ketua Pegawai Penguatkuasa Agama has again affirmed the status quo of the Shariah law pertaining to this matter. By referring to the two fatwas issued by the Mufti of Selangor, the Court of Appea has undoubtedly acknowledged the wordings of the fatwas which stated that “(disbeliever) cannot inherit from his Muslim kin…”

Unlike the unsettled jurisdiction between the civil laws and Shariah law in the cases of unilateral conversion in family law issues, the laws governing the claims on the inherited property in case of conversion to Islam are more straightforward and well-settled.

In Malaysia, Islamic banking business is largely governed by the Islamic Financial Services Act 2013 (IFSA) and the Central Bank of Malaysia Act 2009 (CMBA). Unlike Islamic personal laws concerning marriage, succession, and inheritance which have been enumerated in the State List, the general matters such as banking and finance are listed under the Federal List in which the jurisdiction is vested in the civil courts.

As time goes by, it leads to a fundamental problem where the civil courts have failed to address the Islamic values contained in the Islamic banking system. This happened in the cases such as Bank Kerjasama Rakyat Malaysia Bhd and Bank Islam Malaysia Bhd where both of the cases involve a dispute over the Islamic banking facility yet the Court of Appeal had applied the civil laws instead of Shariah law and principles. Subsequently, similar cases were also guided by these higher courts’ decisions which have adversely affected the standing of the Muslim parties before the courts. This obstacle remains until the Central Bank of Malaysia Act 2009 came into force which recognises the authoritative role of the Shariah Advisory Council (“SAC”) in which Section 56 and Section 57 of the Central Bank of Malaysia Act 2009 have affirmed that the civil courts shall refer the question concerning the Shariah matters to the Shariah Advisory Council’s ruling and that ruling is binding on the civil courts.

By majority, the Federal Court decided in favour of the Shariah Advisory Council’s ruling at where the Federal Court Judge, Mohd Zawawi Salleh FCJ said that: “the SAC only ‘ascertained’ the Islamic law for the Islamic financial business and … the ascertainment of Islamic law in the SAC was binding on the court.” Following the Federal Court’s majority decision, the Court of Appeal in the case of Pan Northern Air Services Sdn Bhd also held that: “…the civil court shall not decide on whether a matter under Islamic Banking is in compliance with the Shariah as this comes within the expert opinion of the SAC whose opinion is binding on the civil court…”

As we could see, the legal authorities had expressly strengthened the legal standing of the Shariah Advisory Council’s rulings where although the civil court remains the jurisdiction to hear a claim based on an Islamic finance instrument yet with the establishment of Shariah Advisory Council, it could help to ensure that the application of the Shariah rules and principles are not diverted and ignored by the civil court judges and it would definitely serve as a great progression to protect the status quo of the Shariah law in respect of the Islamic banking matters as well.

After the whole discussion, does that mean the status of the civil jurisdiction is higher than the Shariah jurisdiction? Our former Prime Minister, Abdullah Badawi had replied that the status quo of the civil courts and Shariah Courts are equal. However, we all know that the jurisdictional clashes between these two separate systems would be a never-ending issue. Practically, several crucial legal issues remain unresolved as there are no effective solutions for now. Thus, nothing could be done until further reforms are made to cure the existing defects in our legal system.

Honestly, the Shariah Courts are in fact the inferior courts whereas the jurisdiction of Shariah law is also limited as to its implementation. Therefore, it is evident to tell that the amendment of Article 121 (1A) of the Federal Constitution does not oust or undermine the status quo of civil jurisdiction. As such, we believe this has also impliedly responded to the question of the status quo of Shariah law in Malaysia.

Asdar Yusup A, ‘CONTROVERSY OF ISLAMIC LAW ON THE DISTRIBUTION OF INHERITANCE TO THE HEIRS OF DIFFERENT RELIGION’ (2017) 14 Hunafa: Jurnal Studia Islamika.

Chee Ying K, and Eng Siang T, ‘Religious Conversions And The Conflicts Between Civil And Islamic Law Of Inheritance In Malaysia’ [2013] 6 MLJ lxvi.